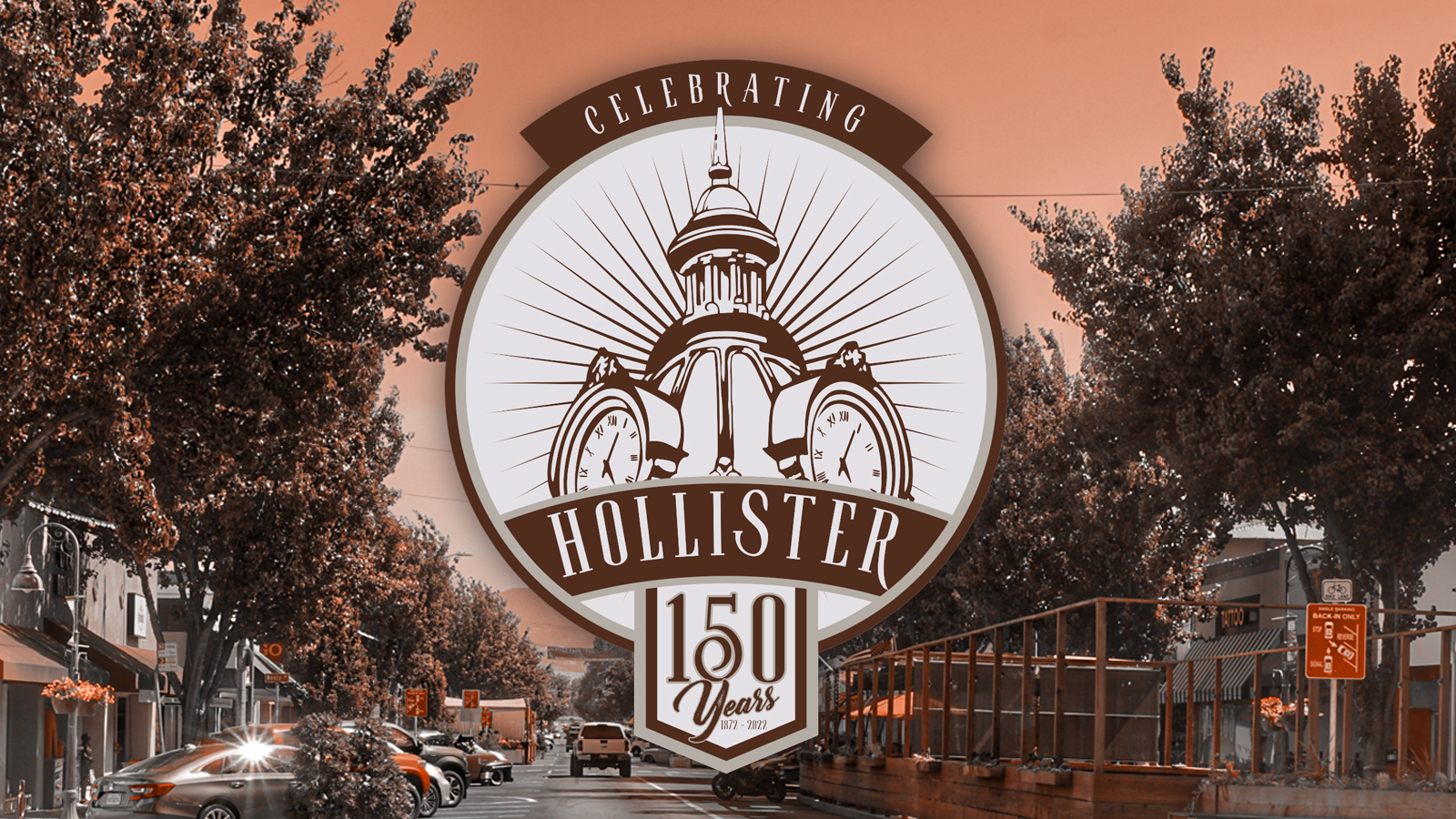 San Benito County has certainly seen some big changes over the years. As we get ready to celebrate Hollister’s 150th Anniversary, it seems appropriate to share a bit of history about the city in which we live and also outline the great activities planned for this summer in celebration of Hollister’s incorporation back in 1872!

The area we now know as Hollister was originally inhabited by the Mutsun band of the Ohlone Native Americans. When Mission San Juan Bautista was built in 1797, the Ohlone were displaced and forced into the Spanish Mission System. In 1848, after the Mexican American war ended, California became part of the United States of America. The Flint and Hollister families bought the former grounds of the Mexican land-grant Rancho San Justo in 1855. After that partnership dissolved in 1861, William Welles Hollister founded the town of Hollister in 1868, which at the time was located in Monterey County. On August 6, 1872, Hollister became an incorporated town. San Benito County was formed a short time later by the California legislature in 1874, with Hollister as the county seat.

The population of San Benito County in 1880 was only about 1,000 people. Today, the total population of the county is over 66,000 according to the United States Census Bureau report of 2021.

Modern day Hollister has been a largely agricultural town, known for its delicious Blenheim apricots. In recent years, it has also become a bedroom community to those who work in nearby Silicon Valley. Back in 1871, after the railroad built a spur line into Hollister (and subsequently to Tres Pinos in 1873), Hollister was known to be “an important transportation center, supporting the mines in the south county area, and shipping many tons of grains and hay to the rest of the county” (San Benito County Historical Society).

Given that Hollister sits on top of some major fault lines (Calaveras and San Andreas), we have also seen significant geological changes. Most notably, the Loma Prieta earthquake of 1989 that caused extensive damage. But the ground here is continuously moving, shaking, and “creeping.”  Local geology professors bring college students in for field trips to show them the visible signs of the fault that runs through town. Many homes and buildings were destroyed back in 1989, including the buildings located at the 400 block of San Benito Street. The redevelopment agency tore down and cleaned up the damaged buildings. Now some 30 years later, the 400 block is finally being rebuilt. A mixed-use building is going in on the corner, which will house restaurants and shops; upstairs there will be 22 new condos for those seeking a slightly less expensive alternative to big single-family homes. Next door, the new Community Foundation building, called The Epicenter, has just been completed and is a gorgeous addition to the downtown!

As we approach the 150th anniversary of Hollister’s incorporation, several organizations have come together to plan for a big celebration for our community to enjoy.

The festivities will kick off on July 4th with our annual Kiddie Parade in Downtown Hollister. The parade begins at 10:00 am with our local VFW Post 9242 leading the way. Decorate your kids, your strollers and your wagons, and come help to get the festivities started. Cookies and drinks will be given to the kids at the end of the parade. Later in the evening, gather your family and come watch the Fireworks Show at Marguerite Maze Middle School. Gates will be open at 7:00 pm. You are welcome to bring your own picnic dinner or purchase food from food vendors at the show. No personal fireworks are allowed.

Be sure to visit the Arts & Culture Fair on Saturday, July 9th from 11:00am-5:00pm. There will be art and craft activities for kids as well as many vendors selling handmade arts and crafts. La Catrina is hosting two ticketed Paint & Sip parties from 10:00 am–12:00 noon and 3:00 pm–5:00 pm. Painting not your thing? Check out the instructional dancing from 3:00–5:00 pm to be followed by a big dance party from 6:00-10:00 pm featuring music from Latin Heat.

There is family fun to be had by everyone on Saturday, July 23rd.  The day starts at 8:00 am with a family friendly Fun Run/Walk hosted by Hollister Recreation. This will be an approximately 2.5-mile course open to kids, adults, and dog walkers. Participants must register at Hollister Recreation. T-shirts, medals, and swag bags are included for all registered participants. Not quite your speed? Try out the Disc Golf Tournament happening at Vista Park Hill from 8:00 am–3:00 pm. After the tournament, stick around for kite activities. There will be a limited number of kites available to use or bring your own! From 1:00– 5:00 pm at Dunne Park, there will be lots of family friendly activities to enjoy. Everything from axe throwing and sack races, to cooling off in the dunk tank!

Saturday, July 30th is Beautification Day with a City Clean-Up event from 8:30–11:30 am including planting cup gifts for kids and families provided at no cost by the South Valley Fleurs Garden Club. From 6:00–10:00 pm join the community in a Family Fun Night in Downtown Hollister, where tables will be set up right down San Benito Street. Purchase dinner from one of our local restaurants or bring your own food to enjoy a meal together with neighbors. There will be family games, face-painting, and more dancing with music from a special DJ.

The Grand Finale celebrating the 150th Anniversary of Hollister’s incorporation will take place on Saturday, August 6th.  The day begins with a “Travel Through Time” themed parade through Downtown at 10:00 am. Later in the morning in front of the Veterans Memorial Building, there will be a time capsule reveal. A carnival will take place from 2:00-9:00 pm and will feature a Ferris wheel and giant slide, as well as street performers and many other great activities.

The months’ long celebration will come to an end with a ticketed dinner at the Veterans Memorial Building, beginning with the cocktail hour starting at 5:00 pm, dinner provided by Paine’s Restaurant at 6:00 pm, a special presentation of awards and proclamations at 7:00 pm, and dancing from 8:00-10:00 pm.  Visit the Hollister 150th Anniversary Website for more information on events, or purchase tickets for the Gala online at Eventbrite. 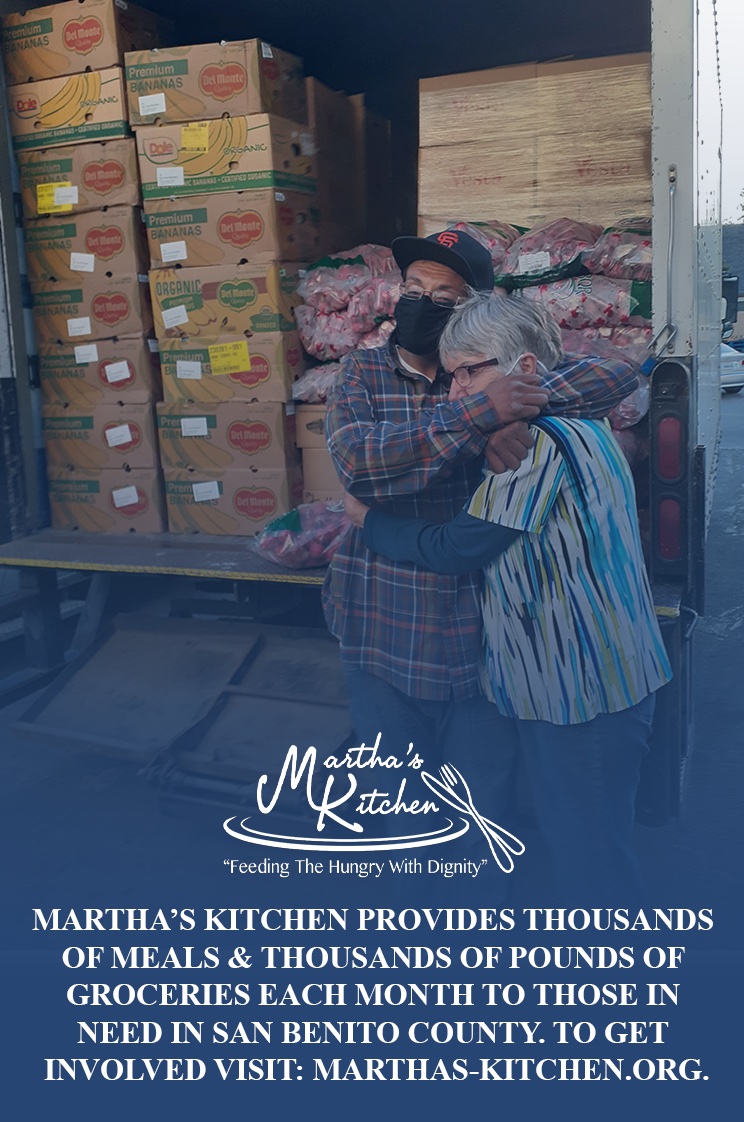